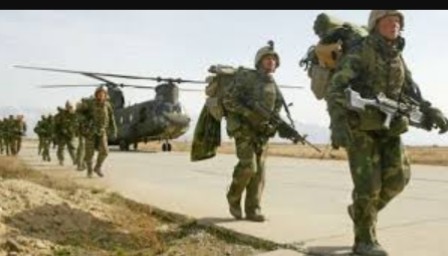 It got me thinking recently why the Bible instructed us to pray for the peace of our nation, to live in peace with all men, and why Jesus is called the Prince of Peace and promised to give the peace the world cannot give to those who accept, believe, obey and follow Him. That thought made me pay attention to the current activities going on in the world today, and also made me recall the past ones. Then I realized how "Peace" is seriously lagging in the world today and in time past, and how seriously the world needs "Peace".

I have followed some histories and saw how people sought and cried for peace. How they were troubled in pain, lost the hope of freedom, peace, better future, and most wished death to the kind of pain they faced because of lack of peace. I came to understand that the greatest fight people have fought is/was the fight of freedom. And the reason for fighting for this freedom is to have peace. However, the more they fight for peace, the more they scare away peace from themselves.

TEACHING US THAT ONE DOES NOT GAIN PEACE BY FIGHTING FOR IT. YOU MAKE PEACE, ACCEPT, RECEIVE, WELCOME PEACE, AND GIVE PEACE.

But how can one give what he/she does not have? Another frustrating issue is, when a nation fights out their freedom and gains peace from an external oppressive nation, they lose the same freedom and peace among themselves, and another fight for peace begins. This is the case of many nations in the world today and the major reason we fight and continue fighting. The mistake that reoccurs in the history of the world is trying to achieve peace through a violent approach or means. How can violence, war, and killing realize peace? How can I say "Peace" when I mean "War?" It only makes things worse and kills the smallest hope and chance of true or sincere peace realization. 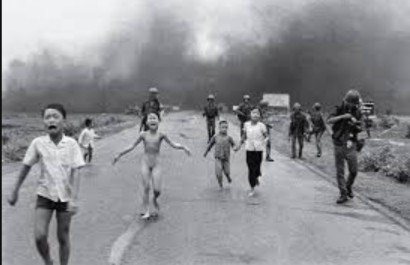 Over the years, men have accused God of being responsible for the lack of peace in the world, and many claimed to believe that there is no God, yet others say He must be a wicked, uncaring and unconcerned God to have allowed all the un-peaceful calamities befall men. The truth, however, is that all these are false and unjust accusations. The lack of peace in the world, which has brought countless calamities upon man is caused by selfishness, self-centeredness, and greed of man. His extremely wicked heart, his unsearchable wants, and desires. His joy to see others suffer and have them serve at or under his feet. 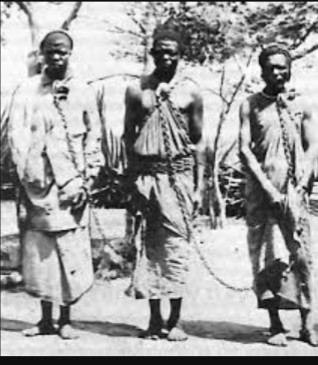 I looked at the history of some of the colonial masters, especially of the Arabian Peninsula and Europe, and I saw how they maltreated, humiliated, and made it appear as though the people they colonized were trash, not different from animals. And many were even made or forced to forget their history, where they come from; they were forced to hate their own country, people, and knowledge to embrace that of their colonial masters. These were the things that constituted hate, revengeful spirit, and the spirit of violence in the minds of their freedom fighters, and when they are killed or brutalized, fear grips others. But as these maltreatments grow, those alive prefer death to fear, and the fight for freedom continues. And as a result, peace continues to lack in the world, in and among men.

Over the years, men have fought for peace, and as a result, the world has not known peace, true or real peace. When they are tired of killing each other, or afraid of losing their lives and/or properties, they make shallow peace, interim cessation of war and open killing. But the hate, revengeful spirit, secret war, and killing are still strongly going on within. This is because, peace made in deception, falsehood, and lies is worse than war and killing and does not last, and does not achieve the true purpose of peace.

If not in search of gold, then of a diamond. They come with a smile as if they care, propose exposure of better knowledge and culture, hypnotize their victims with quick responding drugs to their illness as if it was a miracle. But behind these seemed charity, development and/or civilization lies wicked heart and soul of greed, covetousness, enslavement, and fraud.

And as soon as they gain their root on the ground like cedars of Lebanon, they settle those who matter, while the majority others become slaves, who are forced to take all the nonsense or lose their lives. Some were even heartless like luna-beasts, that they even war against and kill those who matter but however, refused the enslavement of their people for any fortune.

The world is tough, but the government and the leadership of the world have made it tougher. The poor, unlearned, less privileged, and the weak are oppressed in different styles, methods, and levels. It is universally agreed and believed that a stop has been put to slavery and/or slave trade. But slavery and/or slave trade is being run in disguised ways, and it is being perpetrated, upheld and patronized in and by greed, wickedness, extremely evil heart, and evil ambition of men. This is why a man or group of people will relax on the wealth and well being of the entire nation at the expense of other citizens of the nation. They amass wealth and power to themselves and with these, they shut every mouth and take the lives of the mouths that refused to be shut. To this effect, the security, safety, health, and well being of many become very uncertain and un-guaranteed, because a few individuals have taken them all to themselves. What is now left for the weak, "Pray for the peace of the nation" because, with peace, you have hope for freedom and bright tomorrow without a naked fight or war that may take your life. Better still, work towards and wait for the earthly government and leadership of Christ that shall be perfect and peaceful in all ramifications, to all who shall be the partakers.

It is painful when people's rights and freedoms are taken away from them. It is like snatching a suckling baby away from his breastfeeding mother. Like taking a bride away from his groom, and like a sick man losing his own son to death the day he recovers from his sickness, then has he actually recovered from sickness? Yes, it is as painful as these illustrations and that's why there are lots of fights, even war for freedom so that peace can be enjoyed. But how long have we believed this? That through war freedom is realized, and that in freedom we enjoy peace. This has been a false and deceptive hope and belief that keeps plugging man into wars and battles. Only to realize in the end that freedom and peace cannot be gotten or realized in wars and battles. And since we have refused to admit to this fact, the deceptive circle continues and the world keeps fighting, valuable lives and properties keep being destroyed at the expense of the world's true freedom and peace.

True freedom and peace come when the whites truly accept equality with blacks, give value to their lives, quit instigating war and political rancor, and lacuna among them. And when the blacks truly forgive and accept whites as fellow human beings. Deal with them honestly with no fraudulent intentions. And when black leaders become genuine in their leadership, independent of the whites without being puppets in their hands. Getting rid of greed, selfishness, and stop dying on the seat of power without giving room for those better than them to lead the progress of the nations.

When you enslave others, you also enslave yourself, especially into the hole of being a monster. Killing for revenge does not give satisfaction, rather it makes you worse than the monster you killed, and the monster becomes better than you. The world will never gain true freedom and peace through war and killing, hence, enough fighting for peace. We can only make peace, keep the peace, receive peace, and give peace, you don't fight for it. Until we do these things sincerely, there can never be peace in the world, even in the face of the fight of the so-called "World New Order" (One World Order), it will still be clothed in lack of true freedom and peace.  Anything that is gotten through war will end in war.

We inspire you with creative, captivating and thrilling stories and articles on different areas of life. Bringing profitable knowledge to your door.